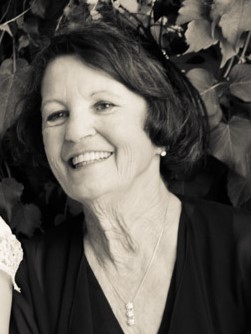 Virginia (Ginny) L. Hicks (Crowley), 76, passed away peacefully surrounded by her family, on March 5th, 2020, at Essentia Health in Fargo, N.D. Ginny was born on July 5th, 1943 to Ryan and Catherine Crowley (Charley) in LaSalle, Illinois. She attended St. Patrick’s Grade School, and LaSalle Peru Township High School graduating in 1961. After high school, she moved to Chicago to work for United Airlines. However, the primary reason for moving to Chicago was to follow her high school sweetheart of 61 years, John Hicks, while he attended The University of Illinois College of Dentistry. They were married on September 5, 1964. They were blessed with 3 children, Laura, Brian, and Mary Catherine. Throughout their lives they lived in many cities throughout the United States, with a final move to Moorhead, Minn., in 1975 after John completed 10 years of military service with the U.S. Army. Ginny was a devoted wife, mother, sister, grandmother, aunt, and friend. To say she will be missed is an understatement–our hearts are broken. Ginny was fiercely independent, and so incredibly loved by everyone who knew her. She was an amazing cook and nothing made her happier than entertaining friends and family. Everyone was welcome at her table. Her love of travel took the family on several incredibly memorable trips. She truly enjoyed working closely with her clients at First International Travel in Fargo from the mid 1980’s to the late 1990’s. She continued to work for her favorite clients from her home office after leaving the company. Ginny was preceded in death by her parents, Ryan and Catherine Crowley. Sincerely missing Ginny are her husband of 56 years, Dr. John Hicks; children Laura (Daniel) Sobolik, Fargo, ND; Brian (Joanne) Hicks, Atlanta GA; and Mary Catherine (Camron) Woods, San Antonio, TX. Also left behind are her beloved grandchildren, William and Ryan Mork, Amelia and Charlie Hicks; her sisters, Carol Shaw and Colleen (Terry) Bogner, sister-in-law Gerry (Bill) Etzenbach, as well as several cousins, nieces and nephews. A celebration of Ginny’s life will be held on Saturday, March 14th, from 3:00 - 5:00 p.m., at Boulger Funeral Home in Fargo. An inurnment service will be held in her home town in Illinois later this year. A heartfelt thank you to the incredible Critical Care Unit at Essentia Health for providing such wonderful care and maintaining her dignity in her final days. We will forever be grateful. Memorials can be sent directly to Essentia Health Fargo Foundation directed to the Heart/Vascular Fund.