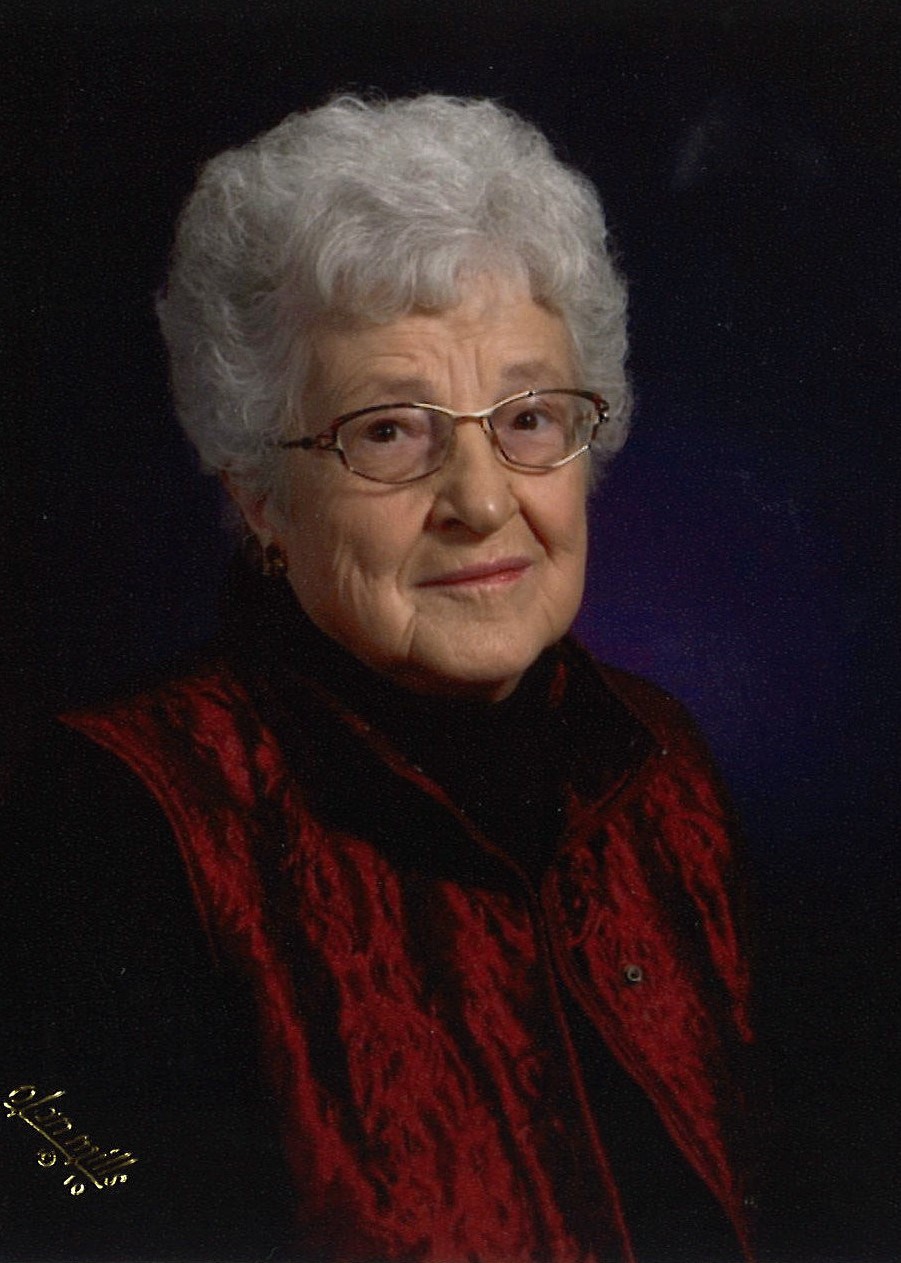 Virginia Mary (Dusek) Robertsdahl died peacefully at the age of 94. Virginia was born on May 10, 1927 to Theophil and Nellie (Haladej) Dusek in New Rockford, ND. She was raised on a small farm north of Bremen, ND, as the third oldest of six children. While getting her college degree in elementary education she worked full time at the Dutch Maid restaurant in Fargo at night and attended school during the day. Her first teaching assignment was at a country school near Delamere, ND, with twelve students in eight grades. The hardest part was chopping wood, bringing in coal, and keeping the fire going. Later she taught in Buffalo, ND; Audubon, MN; and West Fargo, ND. For most of her career, from 1955 until her retirement in 1990, Virginia taught second grade at the George Washington School in Moorhead, MN. She continued to substitute teach until 2004. Virginia married Raymond Robertsdahl, a farmer near Walcott, ND, in 1974. They shared a home in south Fargo after he retired in 1997 and moved to Edgewood Vista in Fargo in 2016. Virginia is survived by two siblings – Georgia (Gordon) Grinaker and Stella (Lawrence) Baumler, both of Fargo, ND. She is also survived by nieces and nephews – Gary (Rhonda) Grinaker, Betty (Bryon) Thom, Diane (Bill Evans) Gasal, Mary Baumler, Sharon Baumler, Jon (Lisa) Baumler, and Rick (Elizabeth) Baumler – and many grand nieces and nephews. Virginia is preceded in death by her husband Raymond Robertsdahl; brothers Wencil, Walter, and Lester Dusek; brothers-in-law Lawrence Baumler and Gordon Grinaker; and nephew Dennis Grinaker. A funeral is scheduled for Wednesday. Details at www.boulgerfuneralhome.com