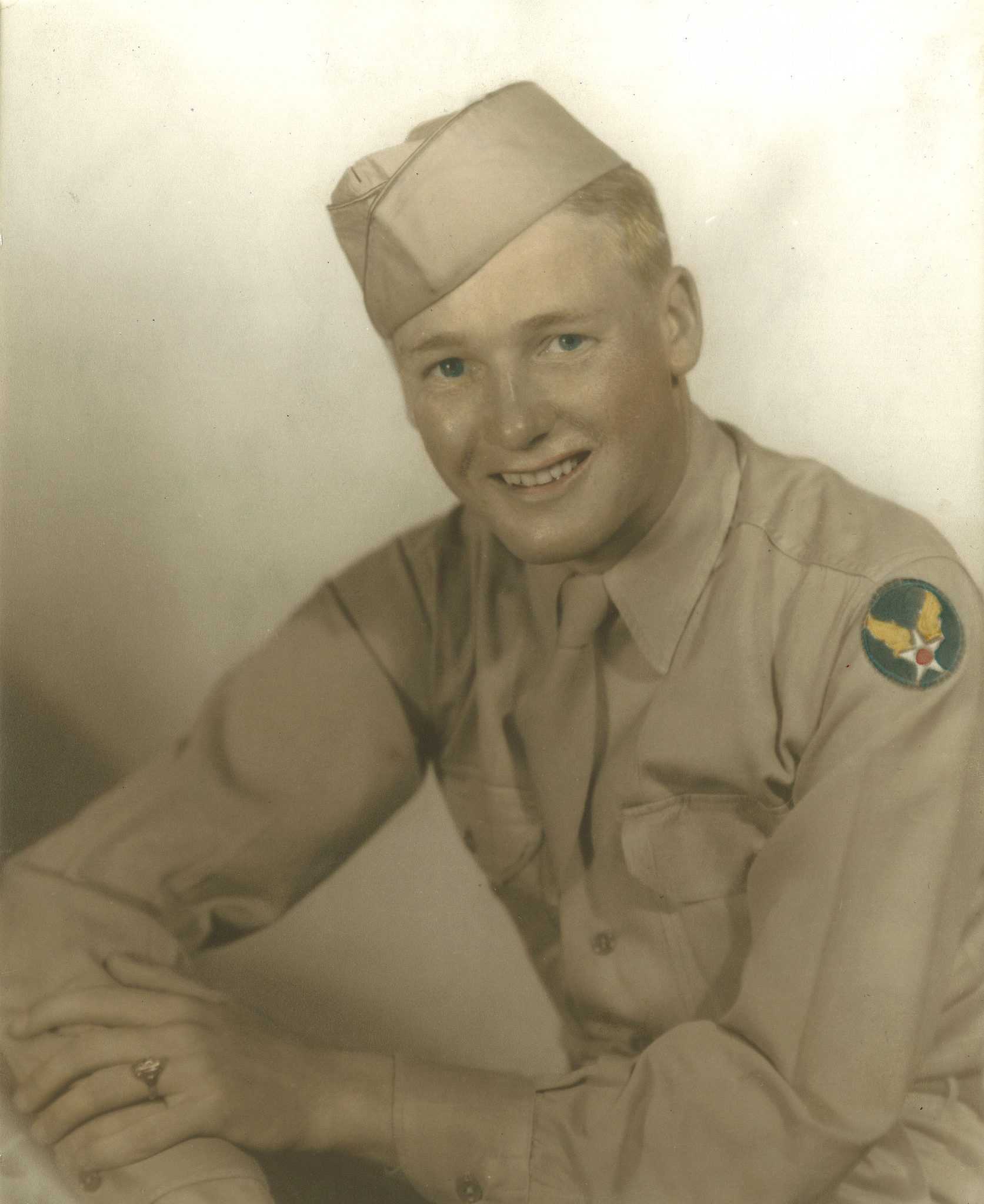 Wallace Pfeiffer, 94, Moorhead formerly of Oslo and Waubun, passed away on Sunday, November 26, 2017 at Eventide Lutheran Home, Moorhead, MN. He was born December 6, 1922 at Loma, ND to Harold and Thea (Iverson) Pfeiffer. In 1940, he graduated from high school in Egeland, ND. In 1942, Wallace was inducted into the U.S. Army Air Corps and assigned to the 379th Bomb Group of the 8th Air Force. Flying from England, Wallace and the crew completed thirty-three missions over Germany. He was honorably discharged and returned to North Dakota. In 1945, Wallace began working as a telegrapher for the Soo Line Railroad in Alsen, ND. In 1946, Wallace was united in marriage to LaVerne Haus at Egeland. In 1951, the couple moved to Oslo with their four year old daughter, Margo and their three month old son, Steven. The family lived in the second floor apartment of the Soo Line Depot. In 1971, the Oslo Alvarado railroad stations were combined into one at Alvarado, MN and Wallace transferred to Detroit Lakes where he worked until his retirement in 1982. The Pfeiffers moved to Tulaby Lake near Waubun, MN in 1971. Wallace and LaVerne were members of Zion Lutheran Church in Oslo. Both were active in the American Legion and its Auxiliary. He was active with the Boy Scouts and Legion baseball, and served as a volunteer firefighter. After moving to Waubun, he was a member of the Ogema VFW, Trinity Lutheran Church, and the Tulaby Lake Association. Wallace also started the volunteer fire department in the Tulaby Lake Area. Wallace is survived by his wife of 71 years, LaVerne; children, Margo (Dave) Buen, Fargo; and Steven (Laurie Hentges Souers) Pfeiffer, Ramsey, MN; grandchildren, Christine Gustafson, Alicia (Tony) Gustafson Richards, Garrett (Mandy) Pfeiffer, Stephanie (Clay) Dehaan, and Kelli (Josh) McDonald; and 9 great-grandchildren. He was preceded in death by his parents; his brothers, Willard and Harold Jr. There will be a memorial service at 2:00 PM on Friday, December 1, 2017 at Boulger Funeral Home and Celebration of Life Center, Fargo with a visitation one hour prior. Memorials preferred to the Ogema VFW Post #9880.