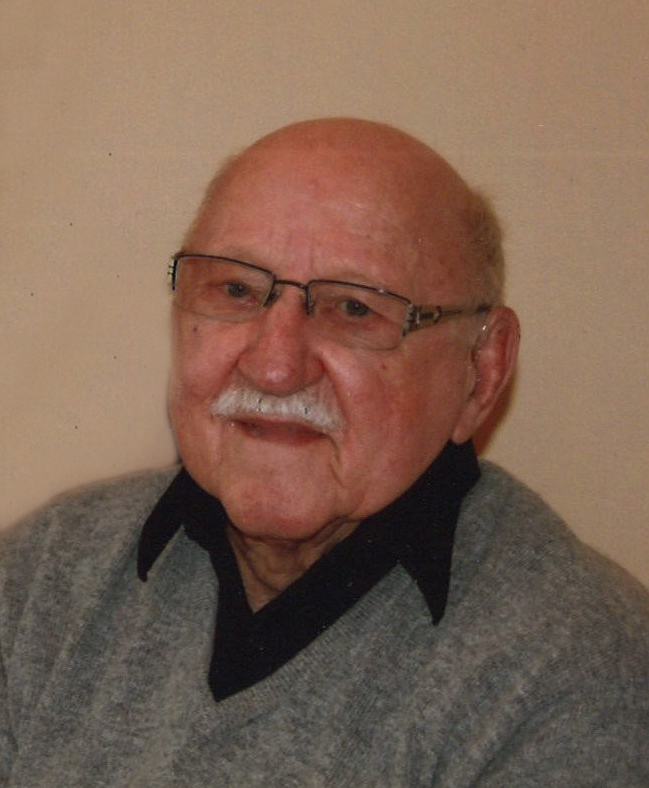 Funeral Service: Prayer Service: Walter Carl Gagelin, age 91, of West Fargo, ND passed away on Monday, April 11, 2022, at his home under the care of his family and Hospice. Walt was born in Barney, ND on May 10, 1930, the 8th of 10 children born to Albert and Marie Gagelin. He was baptized on June 1, 1930, and confirmed on July 18, 1943, at Peace Lutheran Church in Barney. He attended school in Barney. At age 14, he left school to assist his father in the family business Gagelin Blacksmithing, as his older brothers had gone off to war. He worked as a welder and machinist with his father until 1951, when he was drafted in the US Army. He earned his GED during basic training, and served for 2 years, primarily in Korea where he earned a Bronze Star for meritorious service. After discharge from the Army, Walt and his brother Dan spent a brief time working in Barstow, CA. Walt returned to Barney and eventually took over the family business in 1955. He married Verdell Krause on October 14, 1955, at Peace Lutheran Church. They were blessed with 4 children. Walt spent nearly 40 years as the owner/operator of Gagelin Blacksmithing, repairing farm machinery for his many loyal customers. The family business motto was “We can repair anything but a broken heart and the crack of dawn.” He pounded many a plowshare during his career. In 1994, Walt sold the blacksmithing business and went to work for Gutzmer Scrap Metal near Mantador, ND. In September 2002, Walt and Verdell moved to West Fargo, ND. He was a part-time maintenance worker at Marcus Theaters for several years before fully retiring. Walt was a life member of both the Barney VFW Post #9366 and the Wyndmere American Legion Post #153, serving as commander of both units. He also served as 10th District Commander for the VFW for several years. He served as chief of Barney’s volunteer fire department. He also served 9 years on the Wyndmere, ND School Board. He was a member at Peace Lutheran in Barney, serving as Treasurer and Chairman, and later at St. Andrew Lutheran in West Fargo, ND, serving on the Board of Elders. Since his childhood years, Walt was a die-hard NY Yankees fan and enjoyed many family trips to the Twin Cities for the Yankees/Twins series. He was fortunate enough to see his favorite team play in Yankee Stadium and at several other ballparks on a summer baseball road trip. For over a decade, he and Verdell spent summer weekends at their camper on Rush Lake near Perham, MN, visiting with family and friends. Walt enjoyed hunting and fishing, especially deer hunting trips to western ND. He enjoyed playing card games, watching Western TV shows, reading, Sudoku, and he loved to tell a humorous story. He cherished family dinners and time spent with his grandchildren and great-grandchildren. Walt is survived by his wife, Verdell; children, Paula Gagelin, Fargo, ND, Matthew (Kelly) Gagelin, Arlington, VA, Celeste (Tom) Moltzan, West Fargo, ND, and Jason (Connie) Gagelin, Grand Forks, ND; 6 grandchildren, Bradley Gagelin, Hannah Gagelin, Madalyn (Randy) Meyer, Claire (Alex) Kaczor, Philip Moltzan, and Stephanie Gagelin; 4 great grandchildren, Henley Meyer, Sawyer Meyer, Stetson Meyer, and Cecilia Kaczor. He is also survived by a sister Esther Harris, Grass Valley, CA, and a brother Richard (Kathy) Gagelin, Penn Valley, CA. Also, many nieces and nephews. Walter was preceded in death by his parents, siblings Rose Halvorson, Herman Gagelin, Louise Dorn, Gertrude Dorn, Martin Gagelin, Margaret Johnson, Daniel Gagelin, a niece, and several nephews. The family would like to extend special thanks to the DaVita Dialysis Center in Fargo, ND for the care shown to Walt in the last few years of his life.